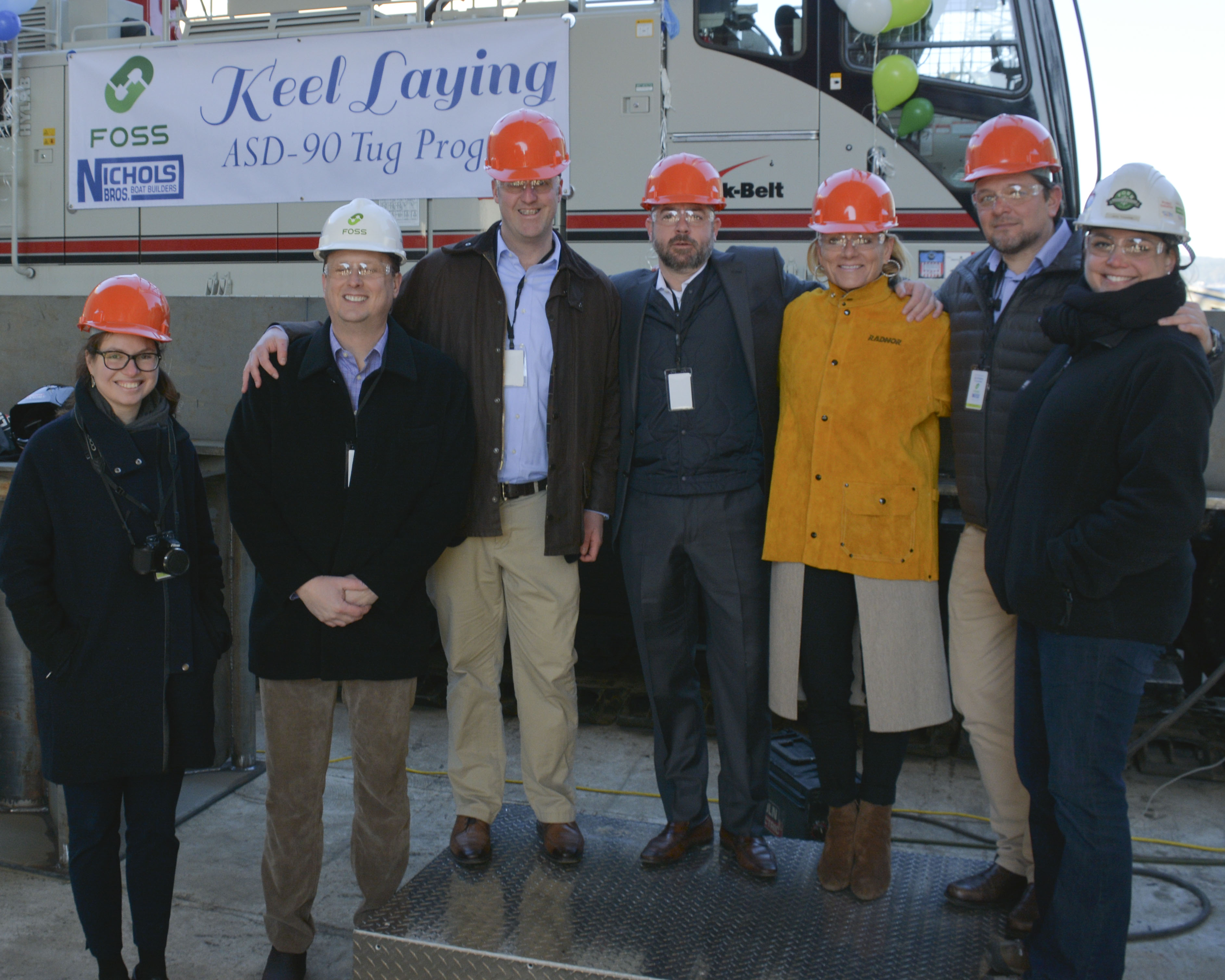 In a ceremony on February 25, 2019 the vessel keel was laid and welded before NBBB, Foss and other representatives and guests. The keel laying also marks the implementation of a new production line at NBBB, which will improve efficiencies to meet the accelerated four-boat order.
The ceremony began with NBBB welding a silver dollar into the keel, an old nautical tradition. This was followed by comments by representatives of both NBBB and Foss.
Nicole Engle, one of the principals of Foss’ parent company, Saltchuk, made the first ceremonial weld of her initials into the keel, assisted by journeyman welder Justina Mackie.
Speaking after the ceremony, John Parrott, President and CEO of Foss Maritime, said he is excited about the new build program.
“The new tugs are designed to upgrade our fleet and improve the company’s ability to provide timely harbor and port services to a variety of customers,” said Parrott. “By offering lower maintenance down time, greater operating efficiencies and lower emissions, these new tugs help expand our nearshore and offshore capabilities.” 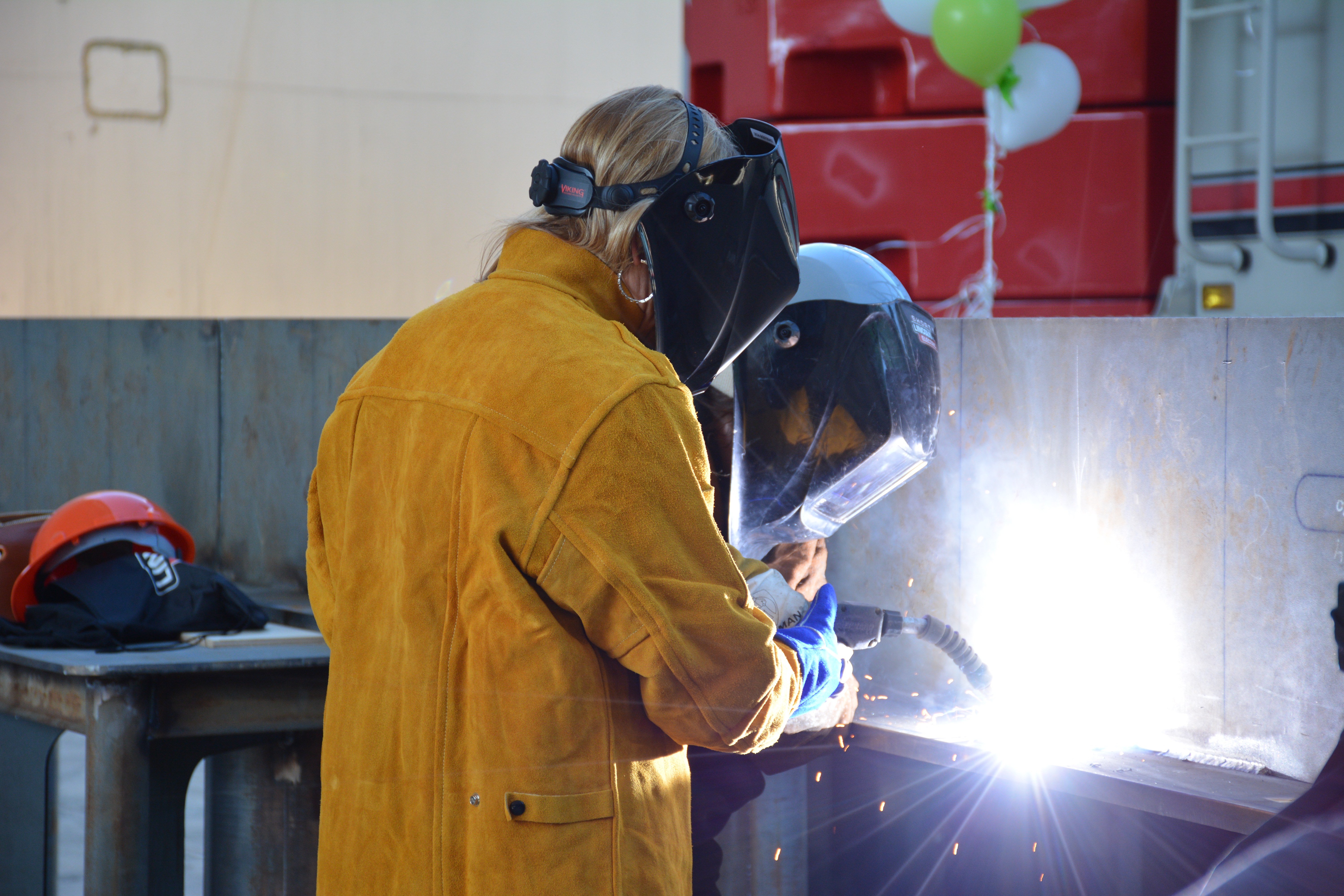 Foss has an order for four of the new class of ASD 90 tugs, with an option for an additional six. Designed by Jensen Maritime Consultants of Seattle, and based on Jensen’s Valor tugboat design, the vessels will meet Tier IV standards, using high-efficiency catalytic after-treatment technology to reduce emissions. The Z-Drive Tractor tugs will be built to United States Coast Guard Subchapter “M” regulatory standards, with ABS loadline certification, and UWILD notation. The vessels will be equipped with two MTU series 4000 main engines, Rolls-Royce US255 azimuth thrusters and Markey winches. The vessels will also include condition-based monitoring for the Z-drives and main engines.
“Foss is celebrating our 130th anniversary this year, and I can’t think of a better way to kick off our 130 years than by laying the keel of our next generation of harbor tugs,” said Parrott. “These new vessels will not just expand our fleet, but will add new vitality with the latest innovative technology.”

The 100-foot by 40-foot tugs are multi-functional to include ship assist and escort capabilities as well as towing. Additionally, Jensen designed the tugs with some of the most advanced safety features in the industry, including a single 900 GPM fire pumps and monitors, which will be powered from an on-board generator.

Foss plans to operate the tugs on the U.S. West Coast, performing ship-handling duties within ports and harbors. Delivery of the first four vessels will begin in winter 2020.

“Since 1889, Foss has grown constantly through innovation: from the first naphtha launches, to the first diesel tugboats, to the first Tractor tugs and one-of-a-kind hybrid technology,” said Parrott. “These new vessels will not only enhance our own fleet, but will set the standard for our entire industry.”