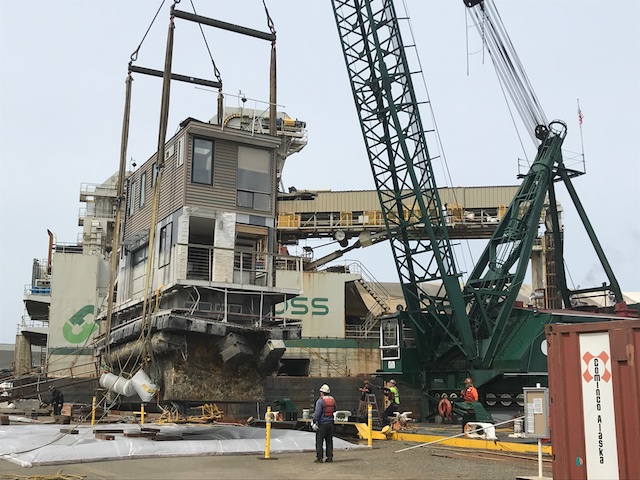 Foss has launched a number of floating homes over the years, but salvaged one for the first time in March after it sank while being towed up the Lake Washington Ship Canal in Seattle. Foss Terminal Manager Steve Britton said the houseboat was sitting on the bottom near Foss Shipyard with water halfway up its first floor when the Foss 300 floating derrick lifted it part way out. The load, however, turned out to be nearly double the 85,000 pounds first reported, so it had to be re-rigged before being set on the terminal pavement, shown in the photo. The entire evolution took several days, and the floating home, deemed a total loss, was then broken up and hauled away.