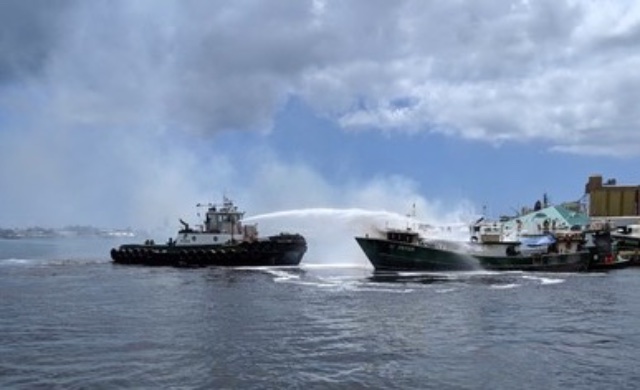 The Foss tug Freedom poured water on the fishing vessel St. Peter at the Port of Honolulu in mid-April, helping the local fire department to extinguish a spectacular blaze. U.S. Customs and Border Protection personnel had been inspecting the vessel and had asked the crew to muster on the pier when the blaze started, apparently caused by a stove burner that had been left on in the galley. There were no reports of pollution or injuries.