The new 90-ton Jamie Ann tugboat features the lowest emission engines and most advanced safety features in the world.
Foss Maritime christened the Jamie Ann, the first of four new ASD-90 tugs under construction at Nichols Brothers Boat Builders, in Freeland, Wash. on Saturday, February 29, 2020. Her three sisters: the Sarah Averick, the Leisa Florence, and the Rachael Allen are due to deliver this year for service within the Saltchuk Marine family of companies. 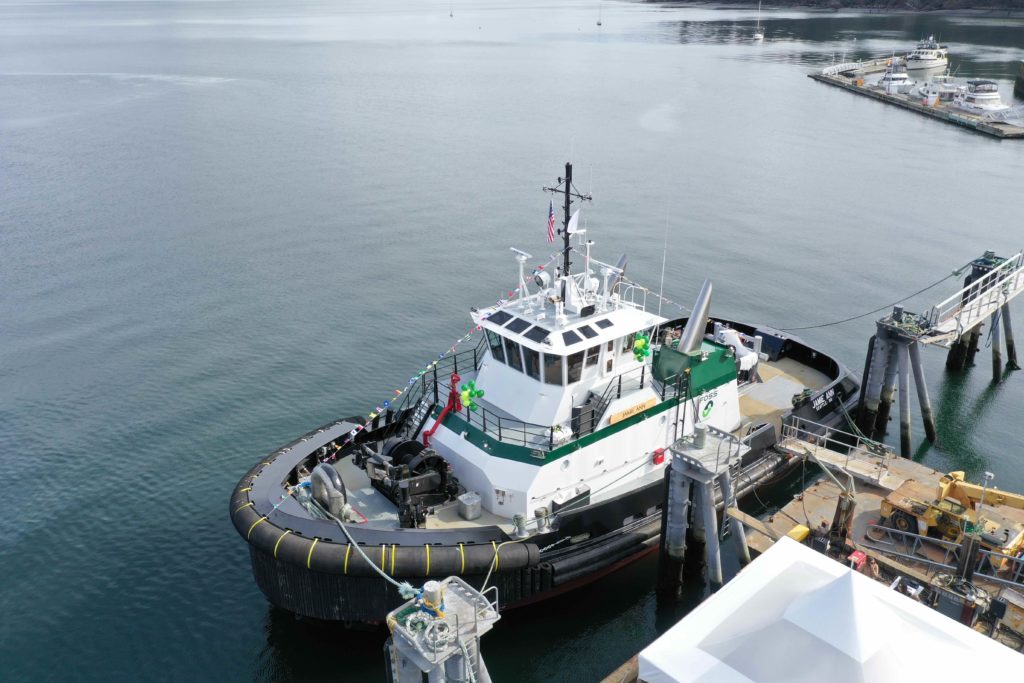 The Jamie Ann is slated to arrive mid-March to in San Francisco where she will join Foss Maritime’s Harbor Services fleet.

Jamie Ann’s upgrades include two MTU Tier 4 engines producing 6,866 horsepower which meet the EPA’s highest standards. The engines reduce particulate and nitrogen oxide emissions to near zero through an SCR (Selective Catalytic Reduction) system but are also powerful enough to escort the largest tankers and container ships calling the U.S. West Coast ports she will serve.

“We’re building these vessels to the most stringent emissions standards in the world,” said Janic Trepanier, the Foss naval architect managing the project. “These were built to satisfy the requirements of the State of California – requirements we believe will soon be required of the rest of the country and the world.” 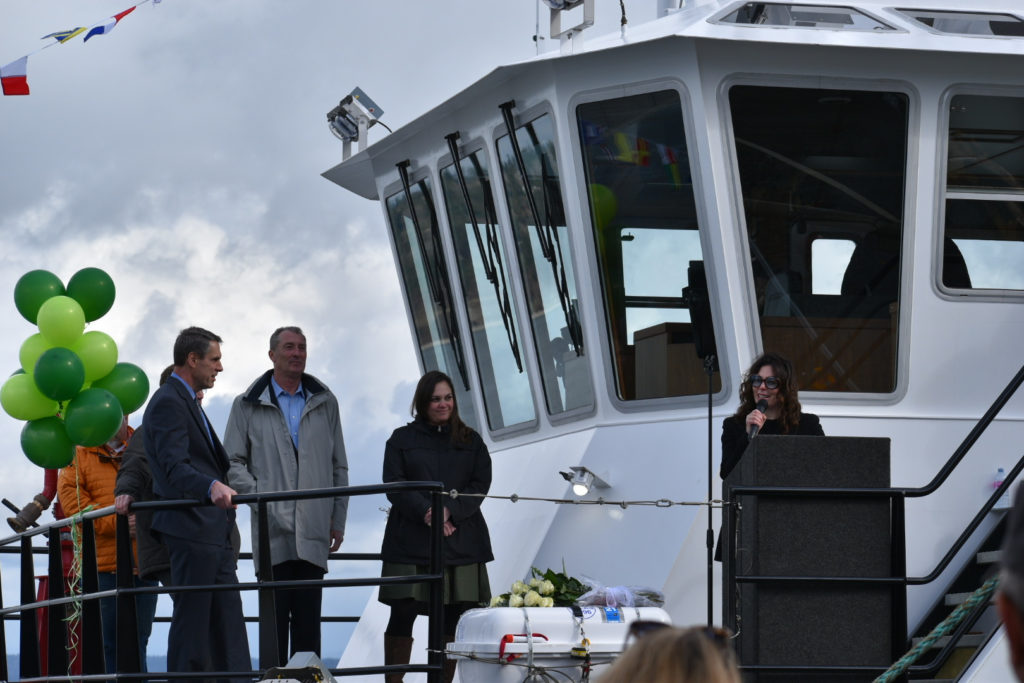 The vessel’s upgraded safety features are equally impressive and focus on crew safety on deck, wheelhouse visibility, winch operations and sound abatement in the engine room and staterooms.

The Jamie Anne christening sparks excitement over her slated mid-March deployment to Foss Harbor Services in San Francisco Bay where she will provide tanker escort and assists for Foss Maritime’s Oil and Gas customers.