A Letter to the Foss Community Circa 2149

By John Parrott, President and CEO

While we at Foss are currently celebrating our first 130 years in the Maritime business, I thought this would be a good time to look ahead to the next 130. 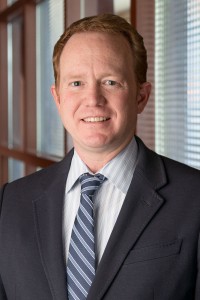 The Foss of 2149 seems to be unimaginably far off, almost like a date from a science fiction movie.  To Andrewand Thea Foss, I suppose 2019 would have seemed equally distant. I wonder what they dreamed the company they built together would look like in our time, and if we have lived up to their expectations. While 130 years would have been a very long time to look into the future, I have little doubt that Andrew and Thea thought about it – the company has always been forward looking, even from its earliest days.

It all started with Thea and a single rowboat. Rowboats gave way to motor launches, launches paved the way for the first naphtha tugboats. Foss continued to innovate, making the early move to diesel tugboats, developing the innovative teardrop hull, and building the first tractor tugs, the first tanker escorts, the first hybrid tugs. We are a company that has thrived on firsts.

Imagine sitting around the boathouse in those early years, watching sail replaced by steam, and steam replaced by diesel. I could see those first couple of generations of Foss managers, many of them Foss family members, looking into the future and seeing the growth of the timber industry. Would they have also been able to guess that between 1970 and 1980 Foss would go from making almost 90 percent of its revenue from wood products to almost zero? Did they anticipate the revolution of containers and container ships?

In 2019, what are we looking ahead to? New forms of propulsion? Increased automation and artificial intelligence? Our ability to look forward has kept us afloat as the industry has changed around us. It is entirely possible that nothing we are doing today will be a significant part of your business in 2149.

If you are reading this in 2149, you probably still know most of this history of our first 130 years. But you also know something I don’t: you know about new markets and opportunities which we are just now starting to explore. You will know the impact of our pioneering efforts in LNG transportation and bunkering, which is only now in its earliest stages of development. You will know about how we pioneered support for offshore wind farms, and helped transform our energy grid.

You will also know the storied histories of our fleet of ASD 90 vessels, which just now under construction. In 2149, it is very possible that some of these vessels will still be on the water – perhaps as museum ships, as the 130 year old Arthur Foss is today. Or, who knows? They may still be at work – hardy relics from another era.

In 2149, you know a lot more about Foss Maritime’s second 130 years than I do in 2019, but you should know that we are doing our best to look ahead. Know that a team of amazingly talented people in 2019 is doing its part to realize the dreams of Thea, Andrew and everyone else who contributed to make the first 130 years such a remarkable success.

When our primary business was renting out rowboats, Thea and Andrew’s sons – Arthur, Wedell, and Henry– purchased a small telescope so they could keep an eye on their customers. If they saw a rower getting tired, they would head out in their small motor launch and offer to tow the exhausted rower back to shore (a complimentary service for Foss customers, a modest fee for others). While we do not yet have a telescope that allows us to see as far into the future as 2149, this tradition of anticipating customers’ needs and investing to meet them has been and will continue to be the cornerstone of our success.